This year’s wine contest was another great one. The theme was red wine from Mediterranean islands – which meant, in practice, Sicily, Sardinia, and Corsica. We had 11 contestants, with 7 wines from Sicily, 3 from Sardinia, and 1 from Corsica. Interestingly, Sardinian wines took both the gold and silver. The full Excel spreadsheet is here, and here’s the scatter chart: 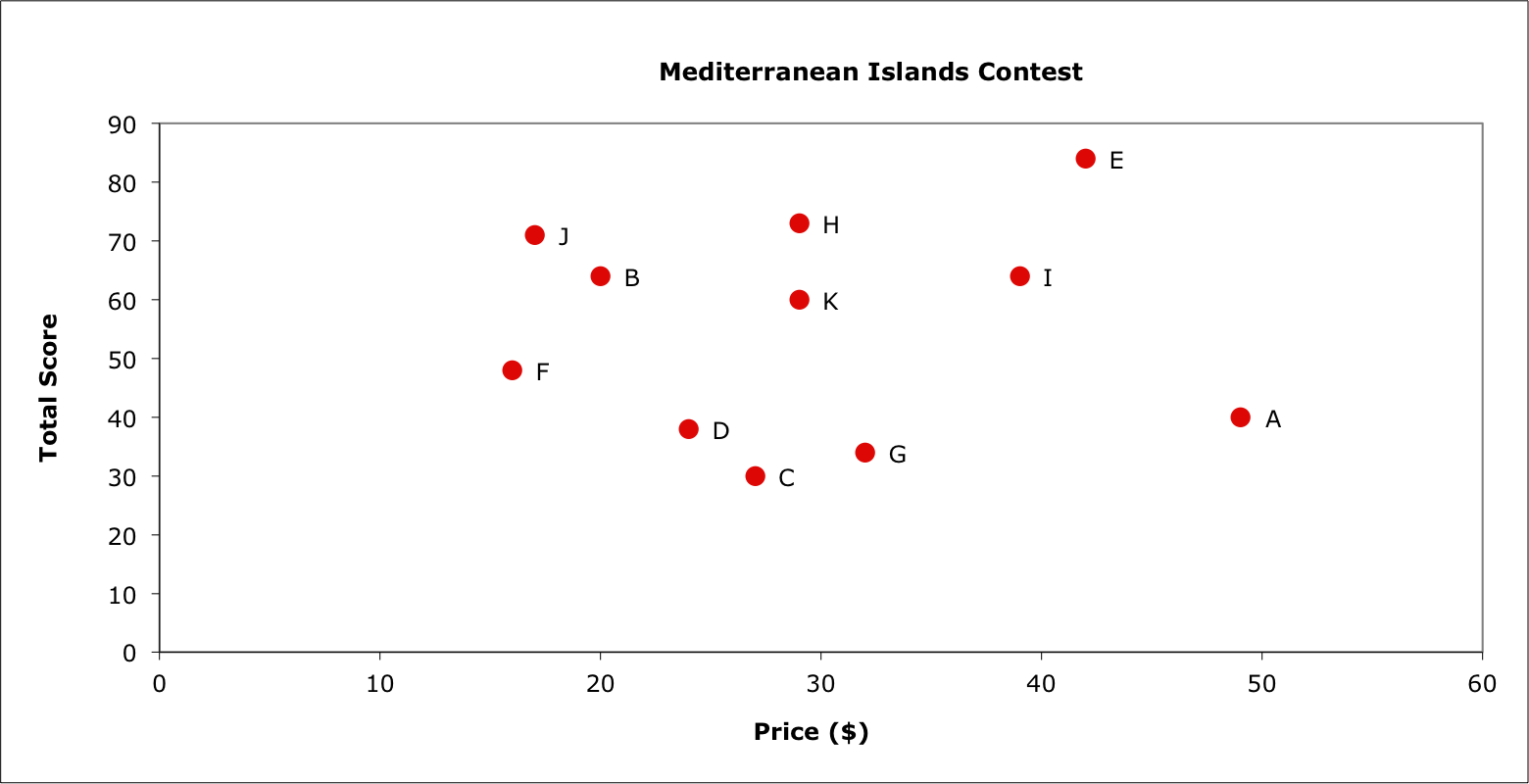 The winner, yet again, was Glenda. There’s a real art to winning these contests, and Glenda  is a true master: she does a lot of homework (tasting many wines before deciding which to bring); she knows her wine; and, crucially, she is very good at gauging what popular taste will be, rather than just bringing her own favorites.

Glenda’s wine, a 2009 Barrua, was no one’s favorite, although it came second for four people and third for three. It’s a very good wine, but it’s maybe not what you’d call an interesting wine: instead, it’s a strong, well-constructed wine from the makers of Sassicaia. A classic “you’ll never go wrong choosing this” wine.

By far the most interesting wine, by contrast, was Jacob’s wine, K*, the Contadino from Cornelissen. It really stood out: much funkier and lighter than anything else, it was three people’s favorite, but also scored a 0, a 1, and two 2s.

We also had a ringer! The winner of the bang-for-the-buck contest was Emily’s wine, J, which scored 71 points, good enough for third place, and was the favorite of four different people. (It was also the least favorite for two people.) The second-cheapest wine in the competition, it was quite a discovery – but it was also disqualified, since it was actually from Puglia, not Sicily. Naughty Brooklyn wine merchant!

What did I learn from this contest? Firstly, that low latitudes don’t necessarily mean big wines: mountains are cool, even when they’re in the Mediterranean. When I was tasting wines in preparation for the contest, I found quite a few which I loved, but which I thought were probably too thin to win.

And secondly, while all the wines were good – the lowest-scoring wine, from Corsica, is a great bottle, which I will happily drink any time –  the only one I really felt that I could love was the weird Contadino. Nothing else was truly memorable.

So once again, many congratulations to Glenda. She’s forcing all of us to up our game!

*In the contest it was labeled L, but for the purposes of this post we’ll call it K, for reasons which are far too boring to go into.