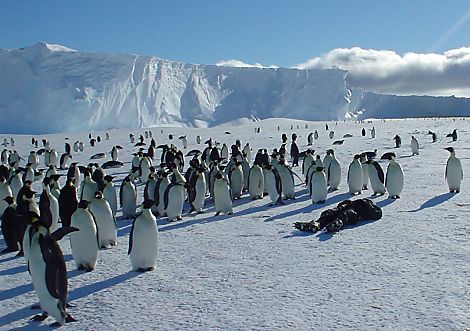 I’m lying on the snow, emperor penguins all around. Once you get used to the

sight, the sound and then smell are probably the most noticeable things. The

daa. A rattle and a coo, constantly starting and ending, sometimes in unison,

a chorus, sometimes a chant, always in surround sound. On top of this is the

sweet demanding chirrup of chicks, almost a trill. "Feed me." "Where 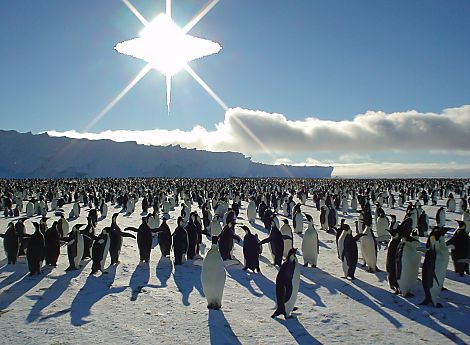 The chicks are now getting quite big and plump. Some of them almost up to

the height of their parent’s shoulders if they stretch. These ones should make

it. There are little ones too, not necessarily abandoned, just later hatches.

These will make it as long as the ice stays for long enough and, of course,

that both parents keep returning with food. Then there are the tiny ones, occassionally

fostered by chickless adults but not fed. Finally, there are the dead chicks,

of all sizes, frozen into the ice. 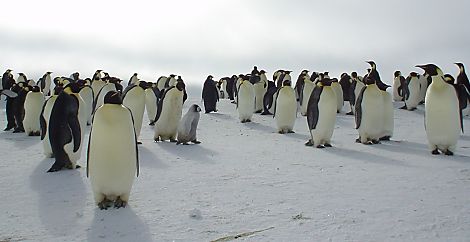 As I stay still and write this, inquisitive adults approach. Never so close

that I could touch them easily but within reaching distance. The recent warmth

(~ -20C) makes an amazing difference since I can lie here and observe, writing

in thinnies [glove liners]. The downside however, is the stench. Fishy ammonia,

green-brown penguin poo streaks all across the ice. Not dissimilar from pigeons.

Birds is birds I guess. 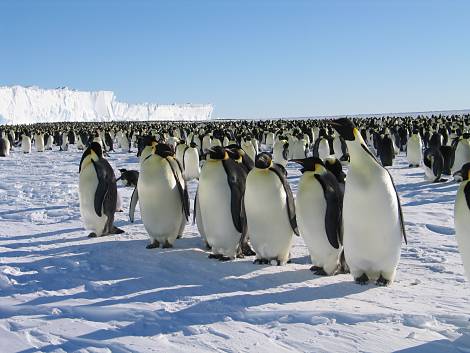 One is now so close I see his reptilian feet, gnarled toes, long hard nails

for pulling out of the ice. He is standing very still, rounded back, dark black

stripes graffitied down his neck. He moves out of the way and a parent and chick

move in. The chick, fluffy grey, runs off like a toddler exploring and the parent

patiently follows through the crowd. I could stay here for hours but have been 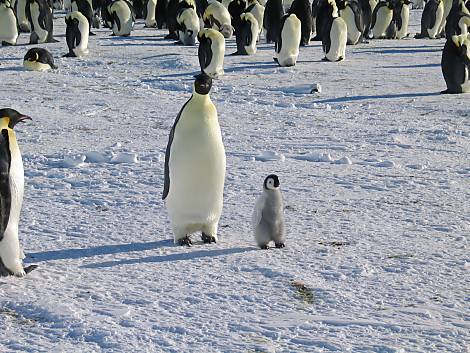 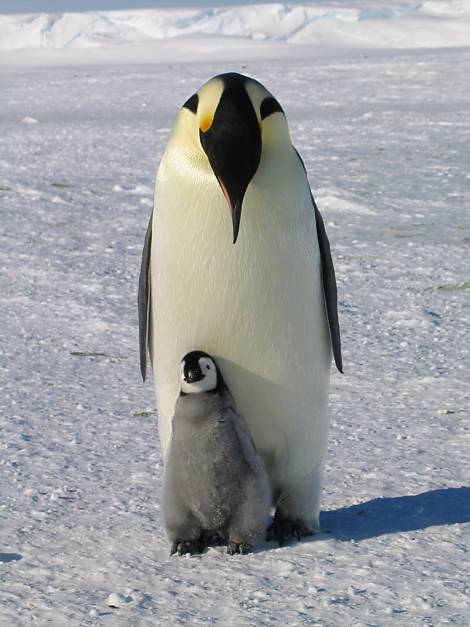