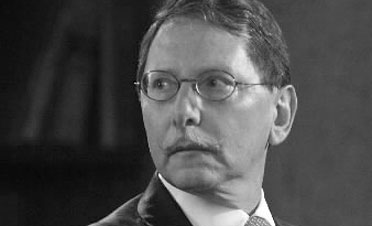 The New York Post has a wonderfully gossipy piece by Paul Tharp today on who might take over at Citigroup if and when Chuck Prince gets the boot.

Tharp concentrates on the fight between Vikram Pandit and Robert Druskin, which isn’t much of a fight yet because Pandit doesn’t even work at Citigroup (yet), and because even if he did it’s far from clear that he’d actually want the CEO job.

Personally, I’d love to see Druskin get the job. Not because I think he’s particularly great at whatever it is that he does, necessarily. But more because Citigroup is considered an Evil Multinational in so many quarters that it would be great to have a man in charge who can literally twirl his mustaches as he plots and plans. Just check out his photo — definitely the kind of person that Hollywood loves to accessorize with an ankle-length black leather trenchcoat.

Pay no attention to the kindly, avuncular Druskin. It’s the mustachioed hatchet-man we want in charge!