The Birth of Icebergs 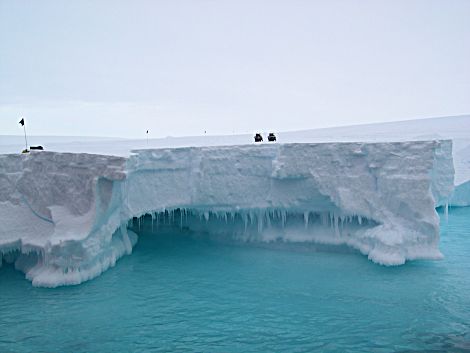 places in the world. Perhaps it is just one of those quirks of character that

define who you are and which, try as you might, you can’t change. I could avoid

it as an impractical dream or, helped by good fortune, obey.

On Wednesday I was craned onto the RRS Ernest Shackleton, my once-was home,

and waved goodbye to the friends we are leaving on the shelf. This time there

were just six of them, tiny spots on the massive sheet of ice, immediately separated

from the ship by an ever-increasing space of cold blue. Everyone present at

the scene knew instinctively which side of that gap they wanted to be on. And 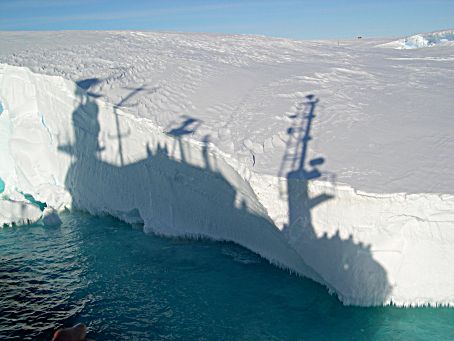 discouraged. Leaving Halley, and pulling away from the ice that day was one

of the hardest things I can remember doing. Not hard like difficult, since I

Simon’s sister left a message on my last blog saying she thinks I’ll be back.

Thanks, Alice, thanks for your faith in me. As for Simon, I’ll miss him lots

but I know I’ll know him for much longer than either of us are at Halley. Leaving

him, and leaving the others here, isn’t the most traumatic aspect of the separation.

Leaving the ice and the moment that can never be repeated was the wrench. Knowing

that there is a possibility, even a likelihood, that I’ll never come back.

Judging by my gut reaction just now, however, I guess I’ll have to return to

The ship was moored at N9. No, was sitting at N9, not moored as it couldn’t

get close enough to the edge of the ice. Sitting in what seems like a big cul-de-sac

of water, surrounded by ice shelf on three sides. Ice shelf with cracks. I dozed

in the back of a ground-based vehicle for years!

The ship was, I must confess, in a majestic spot. Nestled in a bay, surrounded

by ice cliffs. We assembled our clatsch, chatted for word of direction, turned

around, and boom – there in front of us was a great big iceberg that I

could swear hadn’t been there before. The cliffs were literally crumbling around

us. A large tabular berg floated on past, oblivious that its latest bump with

the shelf had created another loner in the ocean. This is the land where icebergs 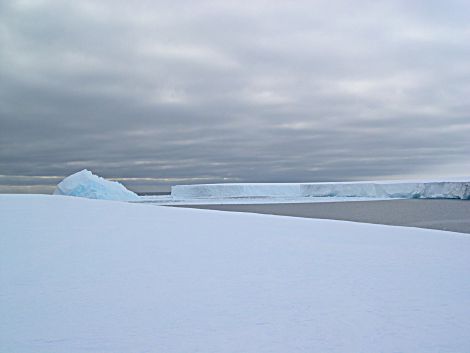 We were craned onto the ship, hanging onto the Wor Geordie, a big net that

to leave the ice. For the rest of the day I kept a low profile. The next day

was a real treat, however, and slowly I was reminded that there are other good

things in the world too. We sailed up and down the coast, investigating potential

creeks where we could collect the remaining people on Friday. Into creek two,

creek five, creek seven, nuzzling the ice, stepping back and watching the coastline,-

the formation of creeks and their source at the Rumples. Halley in context.

To many short-term visitors the creeks must have all looked the same, but to

us, each one was a new discovery. And in the evening? Sea smoke. The Earth System

doing its damndest to remind me of the continuing revelations that are out there.

and surrounding us. The sun set and the moon rose. You can’t ask for more really! 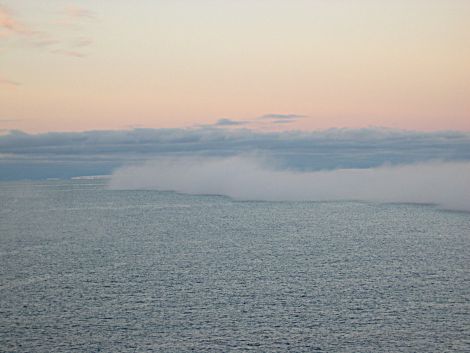 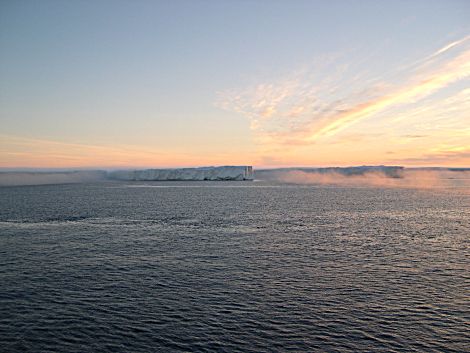 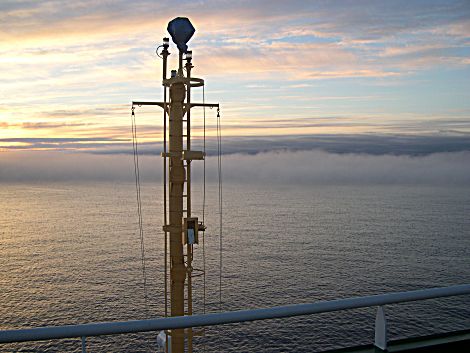 Friday really was our last day at Halley. We picked the remaining people up

at creek 7 and a few lucky ex-winterers, myself included, got to go on the ice

again. It was possibly the most picturesque spot yet and appropriate to be manhauling

food and bags as a final task on the ice. It felt really good to be back there 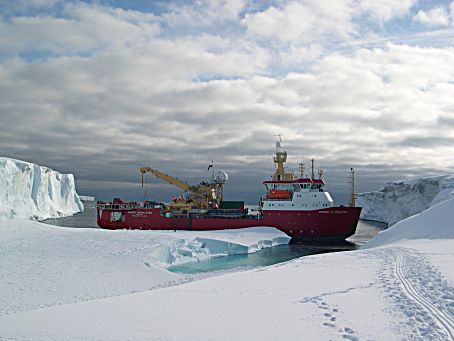 Once all were aboard, we cruised around to creek 2 to wave goodbye to the wintering

crew. The ship was sailing across water that we drove 7 tonne containers across

only a couple of months ago. The sea ice has gone completely, the cliffs have

crumbled. That crevasse I explored on my winter trip – now open to the

Seeing the winterers one last time was fantastic, so close we could shout across

to them and had to dodge flares they sent our way. They were happy to see us

go, I know that, as happy as I was last year, and will have a fantastic year.

Strange as we sailed away though, seeing these 14 small spots and knowing they

beyond. Within a few hours Antarctica was barely a stripe on the horizon, within 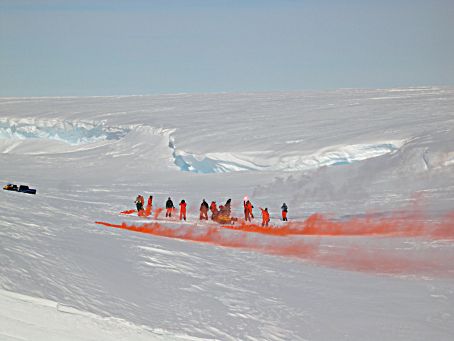 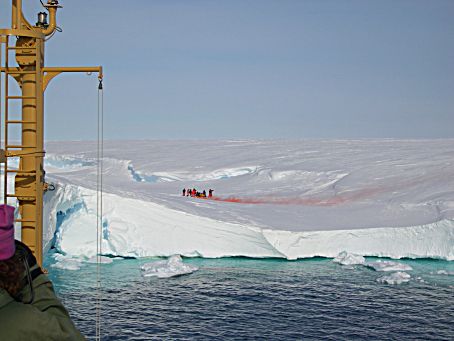 7 Responses to The Birth of Icebergs